Lately, I find myself spending more time in front of the TV than I normally would, thanks to the COVID-19 pandemic. I‘m not sure investing more time watching TV is a good thing, but it has allowed me to catch up on some of my favorite TV shows.

One program that is near the top of my favorites list these days is the Canadian sitcom Kim’s Convenience. Based on the 2011 play of the same name written by Ins Choi, this sitcom is about a family of Korean immigrants who live in Toronto, where they run a convenience store.

In the episode “Best Before” Appa, the traditional, opinionated, and blunt family patriarch, argues with his 20-year-old daughter about selling cans of ravioli that have expired. Janet, an art student frustrated by her parents’ commitment to Korean traditions and their tendency to parent her excessively, implores her father not to sell the expired product because it could make people sick. But Mr. Kim asserts that the ravioli isn’t bad, reasoning that the label states, “best before this date. After this date, not the best, but still pretty good.”

The assessment “not the best, but still pretty good” applies to more than just expired cans of foods. It also applies to explanations.

Often, competing explanations exist for a set of facts, an event in life’s history, or some phenomenon in nature. And, each explanation has merits and weaknesses. In these circumstances, it’s not uncommon to seek the best explanation among the contenders. Yet, as I have learned through experience, identifying the best explanation isn’t as easy as it might seem. For example, whether or not one considers an explanation to be the “best” or “not the best, but pretty good” depends on a number of factors, including one’s worldview.

I have found this difference in perspective to be true as I have interacted with skeptics about the argument for God from beauty.

Nature’s Beauty, God’s Existence, and the Biblical View of Humanity

Every place we look in nature—whether the night sky, the oceans, the rain forests, the deserts, even the microscopic world—we see a grandeur so compelling that we are often moved to our very core. For theists, nature’s beauty points to the reality of God’s existence.

As philosopher Richard Swinburne argues, “If God creates a universe, as a good workman he will create a beautiful universe. On the other hand, if the universe came into existence without being created by God, there is no reason to suppose that it would be a beautiful universe.”1 In other words, the best explanation for the beauty in the world around us is divine agency. 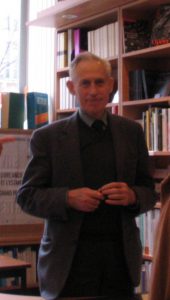 Moreover, our response to the beauty in the world around us supports the biblical view of human nature. As human beings, why do we perceive beauty in the world? In response to this question, Swinburne asserts, “There is certainly no particular reason why, if the universe originated uncaused, psycho-physical laws . . . would bring about aesthetic sensibilities in human beings.”2 But if human beings are made in God’s image, as Scripture teaches, we should be able to discern and appreciate the universe’s beauty, made by our Creator to reveal his glory and majesty. In other words, Swinburne and others who share his worldview find God to be the best explanation for the beauty that surrounds us.

Our appreciation of beauty stands as one of humanity’s defining features. And it extends beyond our fascination with nature’s beauty. Because of our aesthetic sense, we strive to create beautiful things ourselves, such as paintings and figurative art. We adorn ourselves with body ornaments. We write and perform music. We sing songs. We dance. We create fiction and tell stories. Much of the art we produce involves depictions of imaginary worlds. And, after we create these imaginary worlds, we contemplate them. We become absorbed in them.

As a Christian theist, I am skeptical that the evolutionary paradigm can offer a compelling explanation for our aesthetic sense.

Though sympathetic to an evolutionary approach as a way to explain for our sense of beauty, philosopher Mohan Matthen helps frame the problem confronting the evolutionary paradigm: “But why is this good, from an evolutionary point of view? Why is it valuable to be absorbed in contemplation, with all the attendant dangers of reduced vigilance? Wasting time and energy puts organisms at an evolutionary disadvantage. For large animals such as us, unnecessary activity is particularly expensive.”3

Our response to beauty includes the pleasure we experience when we immerse ourselves in nature’s beauty, a piece of art or music, or a riveting fictional account. But, the pleasure we derive from contemplating beauty isn’t associated with a drive that supports our survival, such as thirst, hunger, or sexual urges. When these desires are satisfied we experience pleasure, but that pleasure displays a time-dependent profile. For example, it is unpleasant when we are hungry, yet those unpleasant feelings turn into pleasure when we eat. In turn, the pleasure associated with assuaging our hunger is short-lived, soon replaced with the discomfort of our returning hunger.

In contrast, the pleasure associated with our aesthetic sense varies little over time. The sensory and intellectual pleasure we experience from contemplating things we deem beautiful continues without end.

On the surface it appears our aesthetic sense defies explanation within an evolutionary framework. Yet, many evolutionary biologists and evolutionary psychologists have offered possible evolutionary accounts for its origin.

Evolutionary scenarios for the origin of human aesthetics adopt one of three approaches, viewing it as either (1) an adaptation, (2) an evolutionary by-product, or (3) the result of genetic noise.4

1. Theories that involve adaptive mechanisms claim our aesthetic sense emerged as an adaptation that assumed a central place in our survival and reproductive success as a species.

2. Theories that view our aesthetic sense as an evolutionary by-product maintain that it is the accidental, unintended consequence of other adaptations that evolved to serve other critical functions—functions with no bearing on our capacity to appreciate beauty.

3. Theories that appeal to genetic drift consider our aesthetic sense to be the accidental, chance outcome of evolutionary history that just happened upon a gene network that makes our appreciation of beauty possible.

For many people, these evolutionary accounts function as better explanations for our aesthetic sense than one relying on a Creator’s existence and role in creating a beautiful universe, including creatures who bear his image and are designed to enjoy his handiwork. Yet, for me, none of the evolutionary approaches seem compelling. The mere fact that a plethora of differing scenarios exist to explain the origin of our aesthetic sense indicates that none of these approaches has much going for it. If there truly was a compelling way to explain the evolutionary origin of our aesthetic sense, then I would expect that a singular theory would have emerged as the clear front-runner.

In effect, evolutionary models that regard our aesthetic sense to be an unintended by-product or the consequence of genetic drift are largely untestable. And, of course, this concern prompts the question: Are any of these approaches genuinely scientific explanations?

On top of that, both types of scenarios suffer from the same overarching problem; namely, human activities that involve our aesthetic sense are central to almost all that we do. According to evolutionary biologists John Tooby and Leda Cosmides:

Aesthetically-driven activities are not marginal phenomena or elite behavior without significance in ordinary life. Humans in all cultures spend a significant amount of time engaged in activities such as listening to or telling fictional stories, participating in various forms of imaginative pretense, thinking about imaginary worlds, experiencing the imaginary creations of others, and creating public representations designed to communicate fictional experiences to others. Involvement in fictional, imagined worlds appears to be a cross-culturally universal, species-typical phenomenon . . . Involvement in the imaginative arts appears to be an intrinsically rewarding activity, without apparent utilitarian payoff.5

As human beings we prefer to occupy imaginary worlds. We prefer absorbing ourselves in the beauty of the world or in the creations we make. Yet, as Tooby and Cosmides point out, obsession with the imaginary world detracts from our survivability.6 The ultimate rewards we receive should be those leading to our survival and reproductive success and these rewards should come from the time we spend acquiring and acting on true information about the world. In fact, we should have an appetite for accurate information about the world and a willingness to cast aside false, imaginary information.

In effect, our obsession with aesthetics could be properly seen as maladaptive. It would be one thing if our obsession with creating and admiring beauty was an incidental part of our nature. But, because it is at the forefront of everything we think and do, its “maladaptive“ character should have resulted in its adaptive elimination. Instead, we see the opposite. Our aesthetic sense is one of our most dominant traits as human beings.

This significant shortcoming pushes to the forefront evolutionary scenarios that explain our aesthetic sense as adaptations. Yet, generally speaking, these evolutionary scenarios leave much to be desired. For example, one widely touted model explains our attraction to natural beauty as a capacity that helped humans identify the best habitats when we were hunter-gatherers. This aesthetic sense causes us to admire idyllic settings with water and trees. And, because we admire these settings, we want to live in them, promoting our survivability and reproductive success. Yet this model doesn’t account for our attraction to settings that would make it nearly impossible to live, let alone thrive. Such settings include snow-covered mountains with sparse vegetation; the crashing waves of an angry ocean; or the molten lava flowing from a volcanic eruption. These settings are hostile, yet we are enamored with their majestic beauty. This adaptive model also doesn’t explain our attraction to animals that would be deadly to us: lions and tigers or brightly colored snakes, for example.

Another more sophisticated model explains our aesthetic sense as a manifestation of our ability to discern patterns. The capacity to discern patterns plays a key role in our ability to predict future events, promoting our survival and reproductive success. Our perception of patterns is innate, yet, it needs to be developed and trained. So, our contemplation of beauty and our creation of art, music, literature, etc. are perceptual play—fun and enjoyable activities that develop our perceptual skills.7 If this model is valid, then I would expect that perceptual play (and consequently fascination with beauty) would be most evident in children and teenagers. Yet, we see that our aesthetic sense continues into adulthood. In fact, it becomes more elaborate and sophisticated as we grow older. Adults are much more likely to spend an exorbitant amount of time admiring and contemplating beauty and creating art and music.

This model also fails to explain why we feel compelled to develop our perceptual abilities and aesthetic capacities far beyond the basic skills needed to survive and reproduce. As human beings, we are obsessed with becoming aesthetic experts. The drive to develop expert skill in the aesthetic arts detracts from our survivability. This drive for perfection is maladaptive. To become an expert requires time and effort. It involves difficulty—even pain—and sacrifice. It’s effort better spent trying to survive and reproduce.

At the end of the day, evolutionary models that appeal to the adaptive value of our aesthetic sense, though elaborate and sophisticated, seem little more than evolutionary just-so stories.

So, what is the best explanation for our aesthetic sense? It likely depends on your worldview.

Which explanatory model is best? And which is not the best, but still pretty good? If you are a Christian theist, you most likely find the argument from beauty compelling. But, if you are a skeptic you most likely prefer evolutionary accounts for the origin of our aesthetic sense.

So, like beauty, the best explanation may lie in the eye of the beholder. 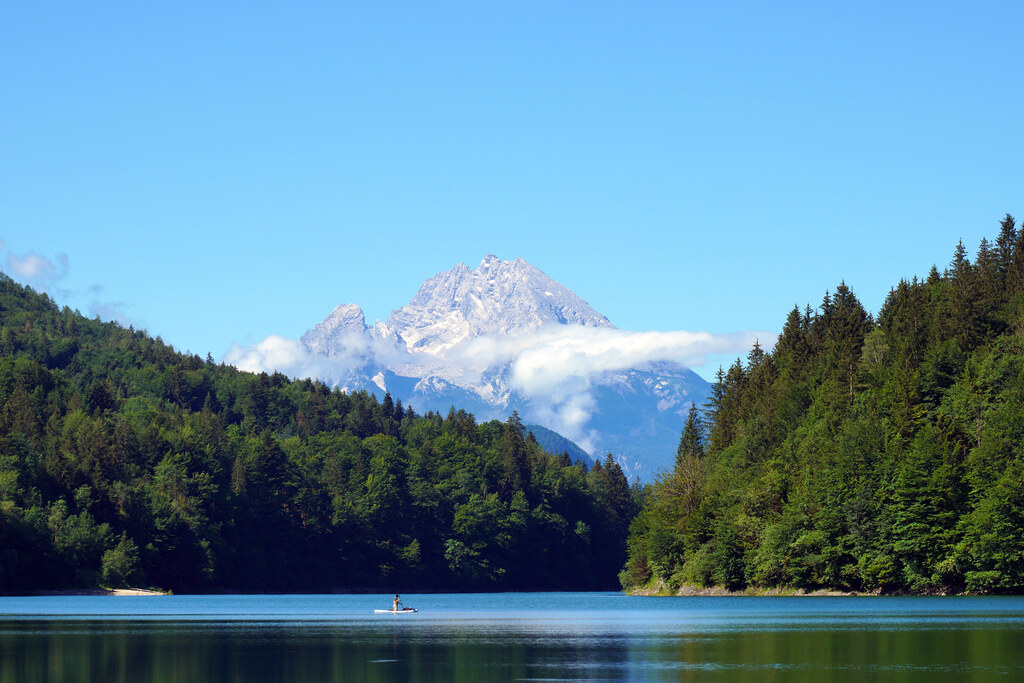 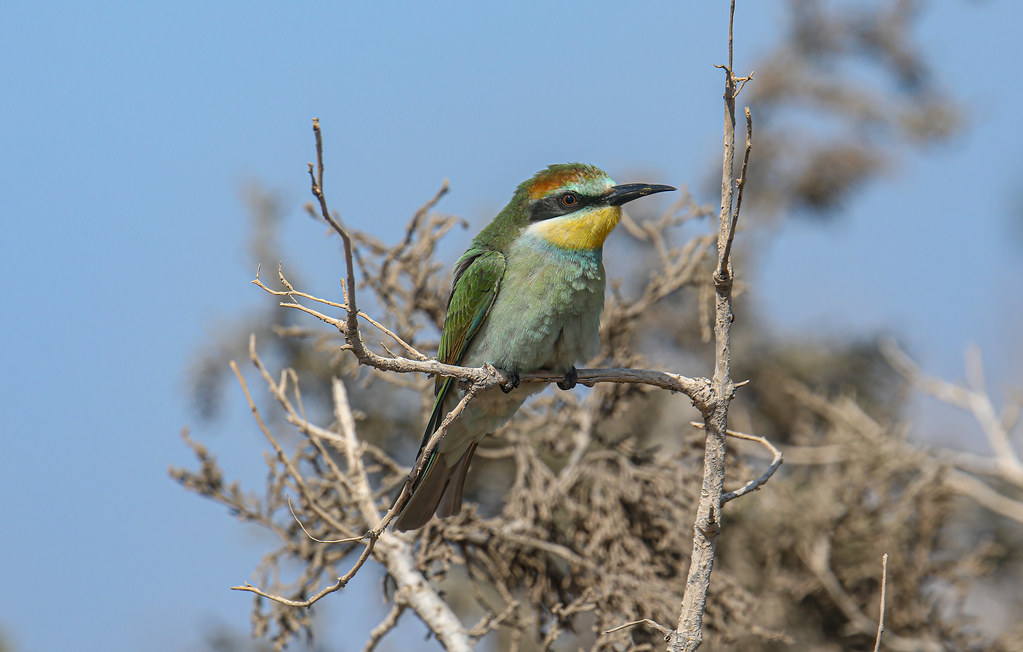 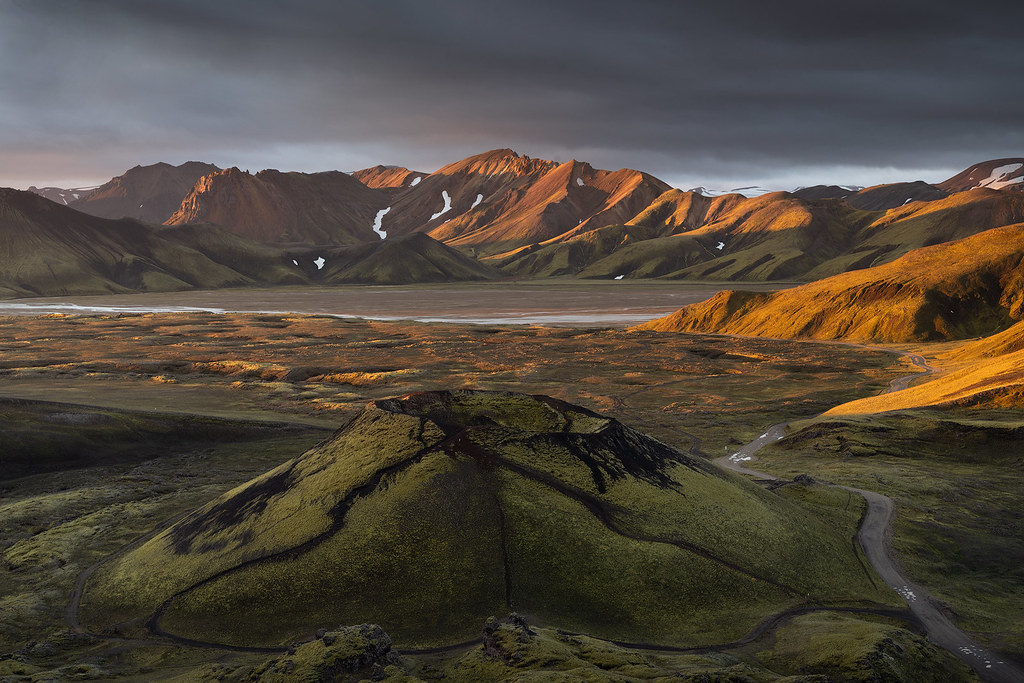