When I was a little kid, my father was chair of the physics department at West Virginia Institute of Technology (WVIT). We lived in faculty housing on the outskirts of the WVIT campus and, as a result, the college grounds became my playground.

I have always felt at home on college and university campuses. Perhaps this is one reason I enjoy speaking at university venues. I also love any chance I get to interact with college students. They have inquisitive minds and they won’t hesitate to challenge ideas.

A few years ago I was invited to present a case for a Creator, using evidence from biochemistry, at Cal Poly San Luis Obispo. During the Q&A session, a skeptical student challenged my claims, insisting that intelligent design/creationism isn’t science. In leveling this charge, he was advocating scientism—the view that science is the only way to discover truth; in fact, science equates to truth. Thus, if something isn’t scientific, then it can’t be true. On this basis he rejected my claims.

You might be surprised by my response. I agreed with my questioner.

In defense of this view, I (and others who are part of the Intelligent Design Movement, or IDM) have pointed out that there are branches of science that function as intelligent design programs, such as research in archaeology and the Search for Extraterrestrial Intelligence (SETI). We stand to learn much from these disciplines about the science of design detection. (For a detailed discussion, see the Resources section.)

Recently, I raised this point in a conversation with another skeptic. He challenged me on that point, noting that Seth Shostak, an astronomer from the SETI Institute, wrote a piece for Space.com repudiating the connection between intelligent design (ID) and SETI, arguing that they don’t equate. 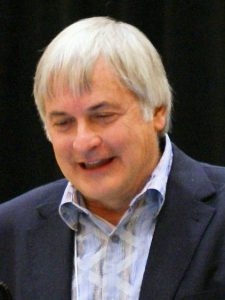 “They [intelligent design proponents] point to SETI and say, ‘upon receiving a complex radio signal from space, SETI researchers will claim it as proof that intelligent life resides in the neighborhood of a distant star. Thus, isn’t their search completely analogous to our own line of reasoning—a clear case of complexity implying intelligence and deliberate design?’ And SETI, they would note, enjoys widespread scientific acceptance.”1

In an attempt to distinguish the SETI Institute from the IDM, Shostak asserts that ID proponents make their case for intelligent design based on the complexity of biological and biochemical systems. But this is not what the SETI Institute does. According to Shostak, “The signals actually sought by today’s SETI searches are not complex, as the ID advocates assume. We’re not looking for intricately coded messages, mathematical series, or even the aliens’ version of ‘I Love Lucy.’”

Instead of employing complexity as an indicator of intelligent agency, SETI looks for signals that display the property of artificiality. What they mean by artificiality is that specifically, SETI is looking for a simple signal of narrow-band electromagnetic radiation that forms an endless sinusoidal pattern. According to SETI investigators, this type of signal does not occur naturally. Shostak also points out that the context of the signal is important. If the signal comes from a location in space that couldn’t conceivably harbor life, then SETI researchers would be less likely to conclude that it comes from an intelligent civilization. On the other hand, if the signal comes from a planetary system that appears life-friendly, this signal would be heralded as a successful detection event.

I agree with Shostak. Artificiality, not complexity, is the best indicator of intelligent design. And, it is also important to rule out natural process explanations. I can’t speak for all creationists and ID proponents, but the methodology I use to detect design in biological systems is precisely the same one the SETI Institute employs.

In my book The Cell’s Design, I propose the use of an ID pattern to detect design. Toward this end, I point out that objects, devices, and systems designed by human beings—intelligent designers—are characterized by certain properties that are distinct from objects and systems generated by natural processes. To put it in Shostak’s terms, human designs display artificiality. And we can use the ID pattern as a way to define what artificiality should look like.

Here are three ways I adopt this approach:

Collectively, all three books present a comprehensive case for a Creator’s role in the origin and fundamental design of life, with each component of the overall case for design resting on the artificiality of biochemical systems. So, even though the SETI Institute may want to distance themselves from the IDM, SETI is an intelligent design program. And intelligent design is, indeed, part of the construct of science.

In other words, scientists from a creation model perspective can make a rigorous scientific case for the role of intelligent agency in the origin and design of biochemical systems, and even assign attributes to the designer. At that point, we can then draw metaphysical conclusions about who that designer might be.