If you could visit a theme park that offered you a chance to view and even interact with real-life dinosaurs, would you go? I think I might. Who wants to swim with dolphins when you can hang out with dinosaurs? Maybe even ride one?

Well, if legendary paleontologist Jack Horner has his way, we just might get our wish—and, it could be much sooner than any of us realize. Horner is a champion of the scientific proposal to resurrect dinosaurs from extinction. And it looks like this idea might have a real chance at success.

Horner’s not taking the “Jurassic Park/World” approach of trying to clone dinosaurs from ancient DNA (which won’t work for myriad technical reasons). He wants to transform birds into dinosaur-like creatures by experimentally manipulating their developmental processes in a laboratory setting.

The Evolutionary Connection between Birds and Dinosaurs

So, if Horner and others are successful, what does this mean for creation? For evolution?

In effect, Horner and other interested scientists seek to reverse what they view as the evolutionary process, converting birds into an evolutionarily ancestral state. Dubbed reverse evolution, this approach will likely become an important facet of paleontology in the future. Evolutionary biologists believe that they can gain understanding of how biological transformations took place during life’s history by experimentally reverting organisms to their ancestral state. Reverse evolution experiments fuse insights from paleontology with those from developmental biology, molecular biology, comparative embryology, and genomics. Many life scientists are excited, because, for the first time, researchers can address questions in evolutionary biology using an experimental strategy.

The first bird that researchers hope to reverse-evolve into a dinosaur-like creature is the chicken (Gallus gallus). This makes sense. We know a whole lot about chicken biology, and life scientists can leverage this understanding to precisely manipulate the embryonic progression of chicks so that they develop into dinosaur-like creatures.

As I described previously (see Resources for Further Exploration), in 2015 researchers from Harvard and Yale Universities moved the scientific community one step closer to creating a “chickenosaurus” by manipulating chickens in ovo to develop snout-like structures, instead of beaks, just like dinosaurs.1

Now, two additional proof-of-principle studies demonstrate the feasibility of creating a chickenosaurus. Both studies were carried out by a research team from the Universidad de Chile.

In one study, the research team coaxed chicken embryos to develop a dinosaur-like foot structure, instead of the foot structure characteristic of birds.2 A bird’s foot has a perching digit that points in the backward direction, in opposition to the other toes. The perching digit allows birds to grasp. In contrast, the corresponding toe in dinosaurs is nonopposable, pointing forward. 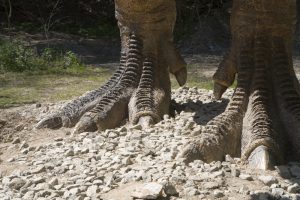 The researchers took advantage of the fact that vertebrate skeletons are plastic, meaning that their structure can be altered by muscle activity. These types of skeletal alterations most commonly occur during embryonic and juvenile stages of growth and development.

The team demonstrated that by injecting the compound decamethonium bromide into a small opening in the eggshell just before the torsional twisting of the first metatarsal takes place, they could prevent this foot bone from twisting. The compound causes muscle paralysis, which limits the activity of the muscles that cause the torsional stress on the first metatarsal. The net result: the chick developed a dinosaur-like foot structure.

In a second study, this same research team was able to manipulate embryonic development of chicken embryos to form a dinosaur-like leg structure.3 The lower legs of vertebrates consist of two bones: the tibia and the fibula. In most vertebrates, the fibula is shaped like a tube, extending all the way to the ankle. In birds, the fibula is shorter than the tibia and has a spine-like morphology (think chicken drumsticks). 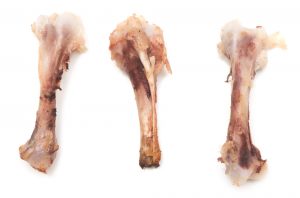 Figure 3: The Lower Leg of a Chicken. Image credit: Shutterstock

Universidad de Chile researchers discovered that the gene encoding the Indian Hedgehog protein becomes active at the distal end of the fibula during embryonic development of the lower leg in chicks, causing the growth of the fibula to cease. They also learned that the event triggering the increased activity of the Indian Hedgehog gene likely relates to the depletion of the Parathyroid Hormone-Related Protein near the distal end of the fibula. This protein plays a role in stimulating bone growth.

The researchers leveraged this insight to experimentally create a chick with dinosaur-like lower legs. Specifically, they injected the amniotic region of the chicken embryo with cyclopamine. This compound inhibits the activity of Indian Hedgehog. They discovered that this injection altered fibula development so that it was the same length as the tibia, contacting the ankle, just like in dinosaurs.

These two recent experiments on foot structure along with the previous one on snout structure represent science at its best. While the experiments reside at the proof-of-principle stage, they still give scientists like Jack Horner reason to think that we just might be able to resurrect dinosaurs from extinction one day. These experiments also raise scientific and theological questions.

Do Studies in Reverse Evolution Support the Evolutionary Paradigm?

On the surface, these studies seemingly make an open-and-shut case for the evolutionary origin of birds. It is impressive that researchers can rewind the tape of life and convert chickens into dinosaur-like creatures.

But deeper reflection points in a different direction.

All three studies highlight the amount of knowledge and insight about the developmental process required to carry out the reverse evolution experiments. The ingenious strategy the researchers employed to alter the developmental trajectory is equally impressive. They had to precisely time the addition of chemical agents at the just-right levels in order to influence muscle activity in the embryo’s foot or gene activity in the chick’s developing lower legs. Recognizing the knowledge, ingenuity, and skill required to alter embryological development in a coherent way that results in a new type of creature forces the question: Is it really reasonable to think that unguided, historically contingent processes could carry out such transformations when small changes in development can have profound effects on an organism’s anatomy?

It seems that the best the evolutionary process could achieve would be the generation of “monsters” with little hope of survival. Why? Because evolutionary mechanisms can only change gene expression patterns in a random, haphazard manner. I would contend that the coherent, precisely coordinated genetic changes needed to generate one biological system from another signals a Creator’s handiwork, not undirected evolutionary mechanisms, as the explanation for life’s history.

Can a Creation Model Approach Explain the Embryological Similarities?

Though the work in reverse evolution seems to fit seamlessly within an evolutionary framework, observations from these studies can be explained from a creation model perspective.

Key to this explanation is the work of Sir Richard Owen, a preeminent biologist who preceded Charles Darwin. In contemporary biology, scientists view shared features possessed by related organisms as evidence of common ancestry. Birds and theropod dinosaurs would be a case in point. But for Owen, shared anatomical features reflected an archetypal design that originated in the Mind of the First Cause. Toward this end, the anatomical features shared by birds and theropods can be understood as reflecting common design, not common descent.

Though few biologists embrace Owen’s ideas today, it is important to note that his ideas were not tried and found wanting. They simply were abandoned in favor of Darwin’s theory, which many biologists preferred because it provided a mechanistic explanation for life’s history and the origin of biological systems. In fact, Darwin owes a debt of gratitude to Owen’s thinking. Darwin coopted the idea of the archetype, but then replaced the canonical blueprint that existed in the Creator’s Mind (per Owen) with a hypothetical common ancestor.

This archetypal approach to biology can account for the results of reverse-evolution studies. Accordingly, the researchers have discovered differences in the developmental program that affect variations in the archetype, yielding differences in modern birds and long-extinct dinosaurs.

Why Would God Create Using the Same Design Templates?

There may well be several reasons why a Creator would design living systems around a common set of templates. In my estimation, the most significant reason is discoverability.

Shared anatomical and physiological features, as well as shared features of embryological development make it possible to apply what we learn by studying one organism to others. This shared developmental program makes it possible to use our understanding of embryological growth and development to reengineer a bird into a dinosaur-like creature. Discoverability makes it easier to appreciate God’s glory and grandeur, as evinced in biochemical systems by their elegance, sophistication, and ingenuity.

Discoverability also reflects God’s providence and care for humanity. If not for the shared features, it would be nearly impossible for us to learn enough about the living realm for our benefit. Where would biomedical science be without the ability to learn fundamental aspects about our biology by studying model organisms such as chickens? And where would our efforts to re-create dinosaurs be if not for the biological designs they share with birds?