A few years ago, we had an all-white English Bulldog named Archie. He would lumber toward even complete strangers, eager to befriend them and earn their affections. And people happily obliged this playful pup.

Archie wasn’t just an adorable dog. He was also well trained. We taught him to ring a bell hanging from a sliding glass door in our kitchen so he could let us know when he wanted to go out. He rarely would ring the bell. Instead, he would just sit by the door and wait . . . unless the neighbor’s cat was in the backyard. Then, Archie would repeatedly bang on the bell with great urgency. He had to get the cat at all costs. Clearly, he understood the bell’s purpose. He just chose to use it for his own devices.

Anyone who has owned a cat or dog knows that these animals do remarkable things. Animals truly are intelligent creatures.

But there are some people who go so far as to argue that animal intelligence is much more like human intelligence than we might initially believe. They base this claim, in part, on a handful of high-profile studies that indicate that some animals such as great apes and ravens can problem-solve and even plan for the future—behaviors that make them like us in some important ways.

Great Apes Plan for the Future

In 2006, two German anthropologists conducted a set of experiments on bonobos and orangutans in captivity that seemingly demonstrated that these creatures can plan for the future. Specifically, the test subjects selected, transported, and saved tools for use 1 hour and 14 hours later, respectively.1

To begin the study, the researchers trained both bonobos and orangutans to use a tool to get a reward from an apparatus. In the first experiment, the researchers blocked access to the apparatus. They laid out eight tools for the apes to select—two were suitable for the task and six were unsuitable. After selecting the tools, the apes were ushered into another room where they were kept for 1 hour. The apes were then allowed back into the room and granted access to the apparatus. To gain the reward, the apes had to select the correct tool and transport it to and from the waiting area. The anthropologists observed that the apes successfully obtained the reward in 70 percent of the trials by selecting and hanging on to the correct tool as they moved from room to room.

In the second experiment, the delay between tool selection and access to the apparatus was extended to 14 hours. This experiment focused on a single female individual. Instead of taking the test subject to the waiting room, the researchers took her to a sleeping room one floor above the waiting room before returning her to the room with the apparatus. She selected and held on to to the tool for 14 hours while she moved from room to room in 11 of the 12 trials—each time successfully obtaining the reward.

On the basis of this study, the researchers concluded that great apes have the ability to plan for the future. They also argued that this ability emerged in the common ancestor of humans and great apes around 14 million years ago. So, even though we like to think of planning for the future as one of the “most formidable human cognitive achievements,”2 it doesn’t appear to be unique to human beings.

Ravens Plan for the Future

In 2017, two researchers from Lund University in Sweden demonstrated that ravens are capable of flexible planning just like the great apes.3 These cognitive scientists conducted a series of experiments with ravens, demonstrating that the large black birds can plan for future events and exert self-control for up to 17 hours prior to using a tool or bartering with humans for a reward. (Self-control is crucial for successfully planning for the future.)

The researchers taught ravens to use a tool to gain a reward from an apparatus. As part of the training phase, the test subjects also learned that other objects wouldn’t work on the apparatus.

In the next experiment, the ravens were trained to barter by exchanging a token for a food reward. After the training, the ravens were taken to a different location and presented with a tray containing the token and three distractor objects by a researcher who had no history of bartering with the ravens. As with the results of the tool selection experiment, the ravens selected and used the token to successfully barter for food in approximately 80 percent of the trials.

When the scientists modified the experimental design to increase the time delay from 15 minutes to 17 hours between tool or token selection and access to the reward, the ravens successfully completed the task in nearly 90 percent of the trials.

The researchers concluded that, like the great apes, ravens can plan for the future. Moreover, these researchers argue that this insight opens up greater possibilities for animal cognition because, from an evolutionary perspective, ravens are regarded as avian dinosaurs. And mammals (including the great apes) are thought to have shared an evolutionary ancestor with dinosaurs 320 million years ago.

In light of these studies (and others like them), it becomes difficult to maintain that human beings are exceptional. Self-control and the ability to flexibly plan for future events is considered by many to be the cornerstone of human cognition. Planning for the future requires mental representation of temporally distant events, the ability to set aside current sensory inputs for unobservable future events, and an understanding of what current actions result in achieving a future goal.

For many Christians, such as me, the loss of human exceptionalism is concerning because if this idea is untenable, so, too, is the biblical view of human nature. According to Scripture, human beings stand apart from all other creatures because we bear God’s image. And, because every human being possesses the image of God, every human being has intrinsic worth and value. But if, in essence, human beings are no different from animals, it is challenging to maintain that we are the crown of creation, as Scripture teaches.

Yet recent work by biologist Johan Lind from Stockholm University (Sweden) indicates that the results of these two studies and others like them may be misleading. In effect, when properly interpreted, these studies pose no threat to human exceptionalism in any way. According to Lind, animals can engage in behavior that resembles flexible planning through a different behavior: associative learning.4 If so, this insight preserves the case for human exceptionalism and the image of God, because it means that only humans engage in genuine flexible planning for the future through higher-order cognitive processes.

Associative Learning and Planning for the Future

Lind points out that researchers working in artificial intelligence (AI) have long known that associative learning can produce complex behaviors in AI systems that give the appearance of having the capacity for planning. (Associative learning is the process that animals [and AI systems] use to establish an association between two stimuli or events, usually by the use of punishments or rewards.) 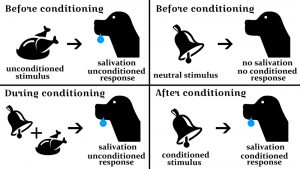 The results of Lind’s simulations mean that it is most likely that animals “plan” for the future in ways that are entirely different from humans. In effect, the planning-like behavior of animals is an outworking of associative learning. On the other hand, humans uniquely engage in bona fide flexible planning through advanced cognitive processes such as mental time travel, among others.

Even though the idea of human exceptionalism is continually under assault, it remains intact, as the latest work by Johan Lind illustrates. When the entire body of evidence is carefully weighed, there really is only one reasonable conclusion: Human beings uniquely possess advanced cognitive abilities that make possible our capacity for symbolism, open-ended generative capacity, theory of mind, and complex social interactions—scientific descriptors of the image of God.

Reprinted with permission by the author
Original article at:
https://www.reasons.org/explore/blogs/the-cells-design/read/the-cells-design/2019/01/23/does-animal-planning-undermine-the-image-of-god