In a classic scene from Alice in Wonderland, the story’s heroine informs the White Queen, “One can’t believe impossible things,” to which, the White Queen—scolding Alice—replies, “I daresay you haven’t had much practice. When I was your age, I always did it for half-an-hour a day. Why, sometimes I’ve believed as many as six impossible things before breakfast.”

If recent work by researchers from UC Santa Cruz and the University of Rochester (New York) is to be taken as true, it would require evolutionary biologists to believe two impossible things—before, during, and after breakfast. These scientific investigators have discovered something that is hard to believe about the role SINE DNA plays in gene regulation, raising questions about the validity of the evolutionary explanation for the architecture of the human genome.1 In fact, considering the implications of this work, it would be easier to believe that the human genome was shaped by a Creator’s handiwork than by evolutionary forces.

One of the many classes of noncoding or junk DNA, short interspersed elements, or SINE DNA sequences, range in size from 100 to 300 base pairs (genetic letters). In primates, the most common SINEs are the Alu sequences. There are about 1.1 million Alu copies in the human genome (roughly 12 percent of the genome).

SINE DNA sequences (including Alu sequences) contain a DNA segment used by the cell’s machinery to produce an RNA message. This feature allows SINEs to be transcribed. Because of this feature, molecular biologists also categorize SINE DNA as a retroposon. Molecular biologists believe that SINE sequences can multiply in number within an organism’s genome through the activity of the enzyme, reverse transcriptase. Presumably, once SINE DNA becomes transcribed, reverse transcriptase converts SINE RNA back into DNA. The reconverted DNA sequence then randomly reintegrates back into the genome. It’s through this duplication and reintegration mechanism that SINE sequences proliferate as they move around, or retrotranspose, throughout the genome. To say it differently, molecular biologists believe that over time, transcription of SINE DNA and reverse transcription of SINE RNA increases the copy number of SINE sequences and randomly disperses them throughout an organism’s genome.

Molecular biologists have discovered numerous instances in which nearly identical SINE segments occur at corresponding locations in the genomes of humans, chimpanzees, and other primates. Because the duplication and movement of SINE DNA appear to be random, evolutionary biologists think it unlikely that SINE sequences would independently appear in the same locations in the genomes of humans and chimpanzees (and other primates). And given their supposed nonfunctional nature, shared SINE DNA in humans and chimpanzees seemingly reflects their common evolutionary ancestry. In fact, evolutionary biologists have gone one step further, using SINE Alu sequences to construct primate evolutionary trees.

Even though many people view shared junk DNA sequences as the most compelling evidence for biological evolution, the growing recognition that virtually every class of junk DNA has function undermines this conclusion. For if these shared sequences are functional, then one could argue that they reflect the Creator’s common design, not shared evolutionary ancestry and common descent. As a case in point, in recent years, molecular biologists have learned that SINE DNA plays a vital role in gene regulation through a variety of distinct mechanisms.2

One way SINE sequences regulate gene expression is through a pathway called Staufen-mediated messenger RNA (mRNA) decay (SMD). Critical to an organism’s development, SMD plays a key role in cellular differentiation. SMD is characterized by a complex mechanism centered around the destruction of mRNA. When this degradation takes place, it down-regulates gene expression. The SMD pathway involves binding of a protein called Staufen-1 to one of the ends of the mRNA molecule (dubbed the 3´untranslated region). Staufen-1 binds specifically to double-stranded structures in the 3´untranslated region. This double strand structure forms when Alu sequences in the 3´untranslated region bind to long noncoding RNA molecules containing Alu sequences. This binding event triggers a cascade of additional events that leads to the breakdown of messenger RNA.

As an old-earth creationist, I see the functional role played by noncoding DNA sequences as a reflection of God’s handiwork, defending the case for design from a significant evolutionary challenge. To state it differently: these findings mean that it is just as reasonable to conclude that the shared SINE sequences in the genomes of humans and the great apes reflect common design, not a shared evolutionary ancestry.

In fact, I would maintain that it is more reasonable to think that functional SINE DNA sequences reflect common design, rather than common descent, given the pervasive role these sequence elements play in gene regulation. Because Alu sequences are only found in primates, they must have originated fairly recently (when viewed from an evolutionary framework). Yet, they play an integral and far-reaching role in gene regulation.

And herein lies the first impossible thing evolutionary biologists must believe: Somehow Alusequences arose and then quickly assumed a central place in gene regulation. According to Carl Schmid, a researcher who uncovered some of the first evidence for the functional role played by SINE DNA, “Sine Alus have appeared only recently within the primate lineage, this proposal [of SINE DNA function] provokes the challenging question of how Alu RNA could have possibly assumed a significant role in cell physiology.”3

How Does Junk DNA Acquire Function?

Still, those who subscribe to the evolutionary framework do not view functional junk DNA as incompatible with common descent. They argue that junk DNA acquired function through a process called neofunctionalization. In the case of SMD mediated by Alu sequences in the human genome, evolutionary biologists maintain that occasionally these DNA elements will become incorporated into the 3´untranslated regions of genes and regions of the human genome that produce long noncoding RNAs, and, occasionally, by chance, some of the Alusequences in long noncoding RNAs will have the capacity to pair with the 3´untranslated region of specific mRNAs. When this happens, these Alu sequences trigger SMD-mediated gene regulation. And if this gene regulation has any advantage, it will persist so that over time, some Alu sequences will eventually evolve to assume a role in SMD-mediated gene regulation.

Is Neofunctionalization the Best Explanation for SINE Function?

At some level, this evolutionary scenario seems reasonable (the concerns expressed by Carl Schmid notwithstanding). Still, neofunctionalization events should be relatively rare. And because of the chance nature of neofunctionalization, it would be rational to think that the central role SINE sequences play in SMD gene regulation would be unique to humans.

Why would I make this claim? Based on the nature of evolutionary mechanisms, chance should govern biological and biochemical evolution at its most fundamental level (assuming it occurs). Evolutionary pathways consist of a historical sequence of chance genetic changes operated on by natural selection, which also consists of chance components. The consequences are profound. If evolutionary events could be repeated, the outcome would be dramatically different every time. The inability of evolutionary processes to retrace the same path makes it highly unlikely that the same biological and biochemical designs should appear repeatedly throughout nature.

The concept of historical contingency embodies this idea and is the theme of Stephen Jay Gould’s book Wonderful Life. According to Gould,

“No finale can be specified at the start, none would ever occur a second time in the same way, because any pathway proceeds through thousands of improbable stages. Alter any early event, ever so slightly, and without apparent importance at the time, and evolution cascades into a radically different channel.”4

To help clarify the concept of historical contingency, Gould used the metaphor of “replaying life’s tape.” If one were to push the rewind button, erase life’s history, and let the tape run again, the results would be completely different each time. The very essence of the evolutionary process renders evolutionary outcomes nonrepeatable.

Yet, collaborators from UC Santa Cruz and the University of Rochester discovered that SINE-mediated SMD appears to have evolved independently—two separate times—in humans and mice, the second impossible thing evolutionary biologists have to believe.

Though rodents don’t possess Alu sequences, they do possess several other SINE elements, labeled B1, B2, B4, and ID. Remarkably, these B/ID sequences occur in regions of the mouse genome corresponding to regions of the human-harboring Alu sequences. And, when the B/ID sequences are associated with the 3´untranslated regions of genes, the mRNA produced from these genes is down-regulated, suggesting that these genes are under the influence of the SMD-mediated pathway—an unexpected result.

But, this finding is not nearly as astonishing as something else the research team discovered. By comparing about 1,200 human-mouse gene pairs in myoblasts, the researchers discovered 24 genes in this cell type that were identical in the human and mouse genomes. These identical genes performed the same physiological role and possessed SINE elements (Alu and B/ID, respectively) and were regulated by the SMD mechanism.

Evolutionary biologists believe that Alu and B/ID SINE sequences emerged independently in the rodent and human lineages. If so, this means that the evolutionary processes must have independently produced the identical outcome—SINE-mediated SMD gene regulation—24 separate times for each of the 24 identical genes. As the researchers point out, chance alone cannot explain their findings. Yet, evolutionary mechanisms are historically contingent and should not yield identical outcomes. This impossible scenario causes me to question if neofunctionalization is the explanation for functional SINE DNA.

And yet, this is not the first time that life scientists have discovered the independent emergence of identical function for junk DNA sequences.

So, which is the better explanation for functional junk DNA sequences: neofunctionalization through historically contingent evolutionary processes or the work of a Mind? 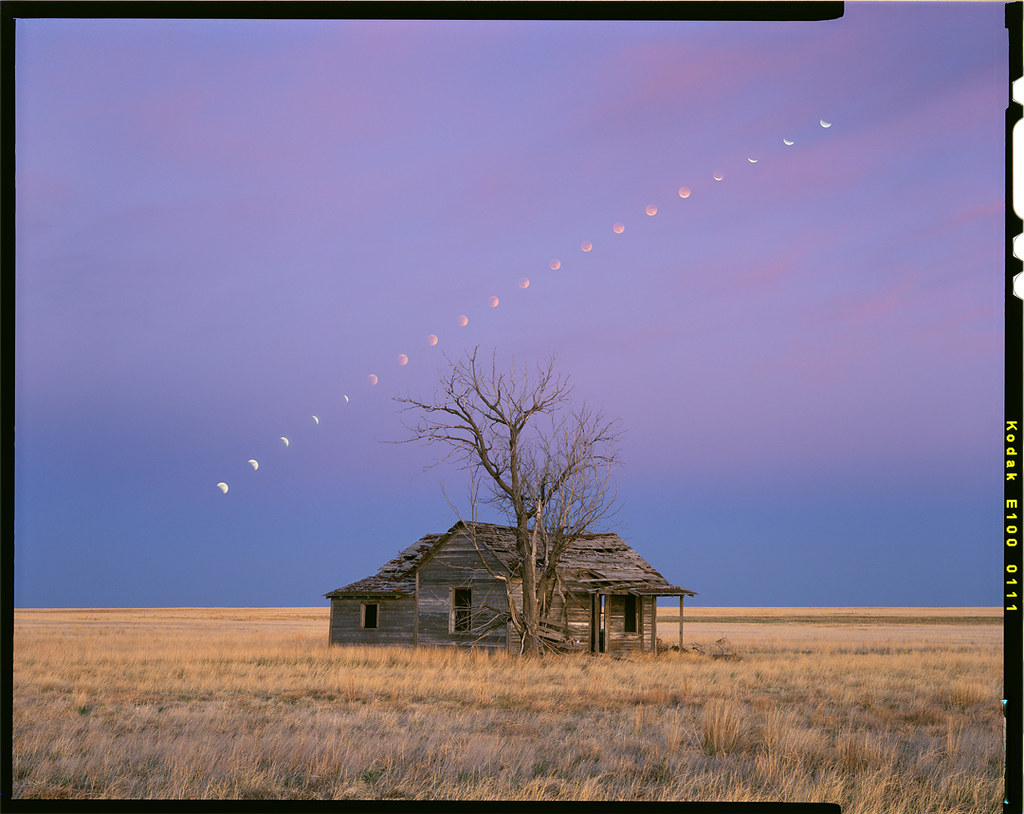 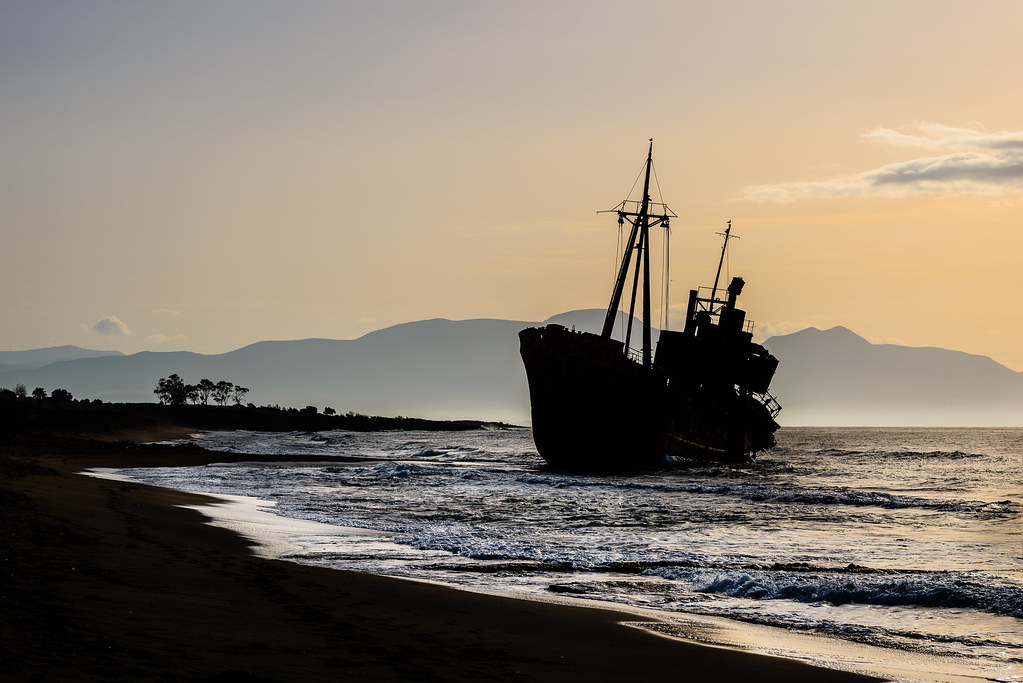